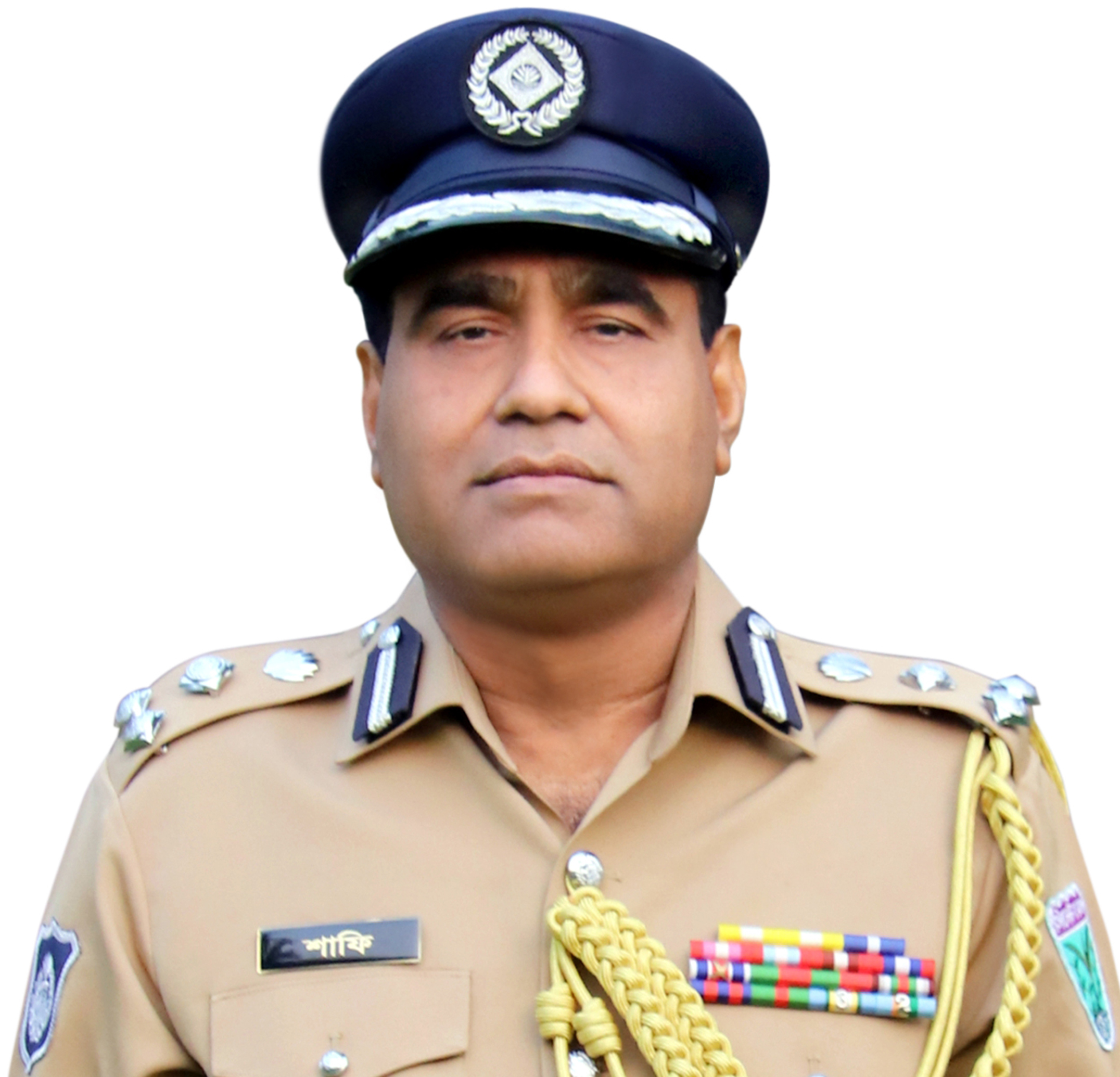 Mr. Mofiz Uddin Ahmed PPM is working as DIG Sylhet Range since 19th May,2020. Prior to his present appointment he served as Additional Police Commissioner(Traffic) of Dhaka Metropolitan Police for one  year.

In the span of twenty two years of career he got the opportunity to serve in various units with various capacities ranging from ASP to DIG. As ASP and Additional SP he served in several districts and Metropolitan Police. Later on commanded two  districts as SP(Kustia and Chuadanga).

Mr. Ahmed was Born in Magura district and  completed his MSS in International Relations from University of Dhaka. Besides this he attended several professional short duration courses both in home and abroad including some courses associated with UN Peace keeping Mission.

Mr. Ahmed joined  Police cadre of Bangladesh civil service in 1998 as Assistant Superintendent of police. In the progress of his career he has been awarded President Police Medal (PPM)   for his extraordinary, exemplary and remarkable service rendered to the people.

Mr. Ahmed made his contribution in the international arena also. He served in UN Peacekeeping Mission UNMIL, Liberia(2004-2005) and UNAMID,Darfur and Sudan(2009 -2010). In recognition of  his service he was awarded with UN Medals in both the Missions.

In personal life, he is married and blessed with two daughters and one son.